We would like to offer our sincere support to anyone coping with grief. Enter your email below for our complimentary daily grief messages. Messages run for up to one year and you can stop at any time. Your email will not be used for any other purpose.

Share a memory
Obituary & Services
Tribute Wall
Read more about the life story of Diana and share your memory.

Mrs. Diana Isaac Motes, 67,  will be held on Saturday, January 14, 2023 11:00 am at Saint John Baptist Church 3404 West Beltline Blvd. Columbia, South Carolina, Burial will follow on Monday, January 16, 2023 at 9:00 am at Ft. Jackson National Cemetery 4170 Percival Road Columbia, South Carolina. If ever there was a woman on this earth that epitomizes strength, honor and determination, Lady Diana Motes did. Born Diana Isaac on the 31st of May 1955 to Ruby Robinson and Shelly Davis, she graced this world with her presence. In 1958 after his marriage to Ruby Robinson, Trellis Isaac adopted Diana and her sister Josephine. Diana was feisty, strong willed, and a very determined and focused young lady at an early age. She attended fashion Industry High School in New York City where she majored in Men's Tailoring. While still in high school she earned money making both men and women clothing. It was during her high school years when she met her love and future husband Roskco Motes. He was her choir director where she sang soprano. It was also during this period of time that she received the Holy Ghost at Mt. Zion Pentecostal Holiness Church in Brooklyn, New York. After graduating from high school, Diana was accepted to attend the fashion Institute of Technology (FIT). However, concerns from her mother about traveling the subway system alone at night directed her to Queensborough Community College. After one semester, Diana decided to leave Queensborough and started working for Metropolitan Life Insurance Company (MLIC). Diana remained at MLIC until she married Roskco on April 13th 1974. After her marriage to Roskco, Diana joined him in Honolulu, Hawaii and resumed her career as a men's tailor working for Men's Formal Wear as the head tailor for three locations. It was during this time in Hawaii that Diana was diagnosed with Sarcoidosis. Diana battled this condition until her demise. Despite Diana condition, it never stopped her from accomplishing her roles as First Lady of Mt. Zion Pentecostal Assemblies of the World (PAW), and Vice President of the Minister Wives Auxiliary of the New York State Council of the PAW. Diana's greatest accomplishments and achievements according to her husband, a mother to her sons, a grandmother to her 13 grandchildren and a great grandmother to her 4 great grandchildren. She leaves behind to mourn her husband of 48 years Bishop Roskco Motes PHD, 3 sons, Dwain (Dawn) Motes of Cary, NC, Pastor Davond (Renee) Motes of Levittown, NY, Denarius ( Keisha) Motes of Woodland Hills, Cali, 3 brothers, Carl (Lisa) Isaac of Coram, NY, Alphonso (Chrystal) Isaac, of Newport News, VA, Harrison Isaac of Wyandanch, NY,  2 sisters Josephine (Elder Charles) Willis of Blythewood, SC, Harriett Smith of Columbia, SC, 13 grandchildren, 4 great grandchildren and a host of cousins, nieces, nephews, aunts, uncles and friends.

To send flowers to the family or plant a tree in memory of Diana Isaac Motes, please visit our floral store. 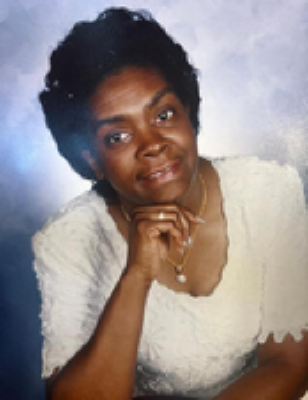 Look inside to read what others
have shared
Family and friends are coming together online to create a special keepsake. Every memory left on the online obituary will be automatically included in the book.

Look inside to read what others have shared

Family and friends are coming together online to create a special keepsake. Every memory left on the online obituary will be automatically included in the book.

You can still show your support by sending flowers directly to the family, or by planting a memorial tree in the memory of Diana Isaac Motes
SHARE OBITUARY
© 2023 Pearson's Funeral Home. All Rights Reserved. Funeral Home website by CFS & TA | Terms of Use | Privacy Policy | Accessibility